As every man, woman and child is aware, the Australian housing market is white-hot right now. Compounded by a variety of factors, the reality is that across Australia, house prices have been consistently rising since the beginning of the lockdown (and before!).

Indeed, according to CoreLogic, the average Australian home has seen its value climb over 18 per cent in the past year alone, with some cities and many regional areas seeing even larger price increases! It could be worse. You only have to look to our neighbours in New Zealand, who have experienced an eye-watering 26 per cent increase in the same year. Not only that, but the Kiwis already had one of the most expensive housing markets in the world!

Whilst traditionally the trajectory of real estate value tends to go upwards, it is the combined rate and sustained nature of this rise (in the absence of any strong supporting economics) that has the government increasingly concerned. Without going into the microeconomics, the current reality is that in order to stand a chance of acquiring a home, homebuyers have been forced to borrow more. As house price increases far outpace increases in average household incomes, people are more indebted and therefore more vulnerable to default, especially if they lose work or interest rates go up.

What does the Government think?

Treasurer Josh Frydenberg commented last week "We must be mindful of the balance between credit and income growth to prevent the build-up of future risks in the financial system”.

New Zealand has had an average 26% house price increase in the last 12 months. Photo of Queenstown by Kate Antamanova on Unsplash.

What can the government and regulators do?

At this stage, it all falls into the remit of The Australian Prudential Regulation Authority (APRA), an 'independent statutory authority that supervises institutions across banking, insurance promotes financial system stability in Australia'.

Basically, APRA determines the rules for lenders, such as how much they can loan and to whom they can loan it too. In the last Australian housing boom from 2013-17, APRA targeted the investor market and capped loan amounts. They also ensured that loan applicants had to have a greater buffer ensuring they could absorb any interest rate increases.

Will they do the same this time?

According to CoreLogic research, most of the growth that we have seen recently has not come from investors but a larger proportion of owner-occupiers. This means that in order to ensure long term financial stability, it is likely that APRA will instead opt to target the debt-to-income ratio of this demographic.

It is hard to say. Tightening lending standards and focusing on debt to loan ratios will mean that there are some that simply won’t get a home loan, and therefore demand could fall. It is worth noting that it is not the intention of the government, APRA or anybody else to bring down or cool house prices. The primary concern is the risk associated with debt ratio levels as these directly affect household spending, which in turn directly affects the economy. Why? Because people who are struggling to pay the mortgage spend less, and this has a negative affect on the economy. Longer-term, high debt levels make the population more vulnerable to incoming economic shocks and interest increases.

When will the regulator likely take action?

It is almost certain that there will be a number of macroprudential rules applied before the end of 2021, and that these in one way or another tighten the rules around lending. It is impossible to say what this will do to the current housing price surge, but it’s likely not to be monumental. Demand is not going to evaporate and with increasing vaccination rates following long lockdowns, economists are looking forward to a 2022 economic ‘bounce back’ which could fuel confidence again. You could argue that like a locomotive, the Australian real estate market is likely to need some time to slow and is hugely unlikely to derail any time soon.

But will it be more difficult to get a loan? You betcha.

All information contained on this website is for your reference only. You should always make your own enquiries and seek independent legal advice in respect of any information about real estate law and the purchasing of real estate and related subjects. This website may contain hyperlinks to websites operated by parties other than PestBuildLegals. Such hyperlinks are provided for reference only. PestBuildLegals does not control such websites and is not responsible for their contents. 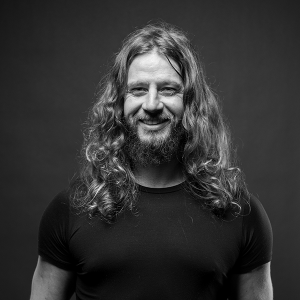 Content creation and copyright work is where Ben’s passions lie – and he is good at what he does! Taking your vision and bringing it to life is what Ben lives for!

Buying a house with a Pool? Get the right inspector before you jump in.

It's the wonderful Australian summer, and if you're looking for a house with the ability to cool off whenever you like, then what better addition to your ‘must haves’ than your very own swimming pool? However, unlike a strata or cooperative-managed joint tenant, you will need to take extra care to ensure that th

Why you should hire an interior designer to help sell your property: Part 2

In part 1, we saw how an interior designer can bring a new perspective and focus - as well as a great selection of props to help stage your home. But they bring a w

Why you should hire an interior designer to help sell your property: Part 1

As one of the most unprecedented years of relentless house market appreciation comes to an end, many people are looking to sell their homes. As a number of factors converge to reduce the pressure on the housing market (increased costs of mortgages, lower clearance rates and reduced affordability) it is increasingly

Brisbane's Property Market: Full Steam ahead or Running out of Steam?

According to the last quarterly property market report from www.domain.com.au, Brisbane properties have risen to an average of $702,455, up by $30,000 in the last three months alone. If one was to calculate this return in business days, that would be a $500 inc

In a year like no other, house prices, property demand and supply have fluctuated, making accurate property price trends more difficult to assess than usual. However, the significant forecasted drops in house prices across Brisbane since the onset of Covid 19 have not materialised. In fact, according to

Is the Melbourne housing market about to bounce back?

Having clocked up over 200 days of lockdown since the COVID-19 pandemic hit Australia, Melbourne is no newcomer to this new way of life, but there is anticipation across the real estate industry that this is about to change.Is the Melbourne real e